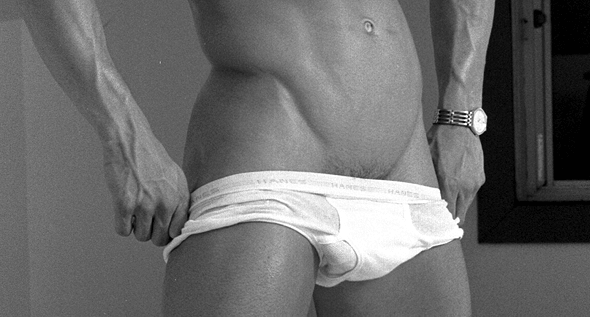 Precautions if Your Son Wants to Become a Male Underwear Model

Your son is about to step into a room of strangers while wearing nothing but skimpy underwear. Additionally, he will probably be disrobing in front of these people because he will need to change into several styles during the shoot.

Is your son ready and able to make smart decisions to protect himself from being taken advantage of?

First, before we tell you some of the red flags you should watch for, remember, this can be a fun experience for your son. Even if your son discovers he is involved with an unsavory character, he will learn from this experience. What he learns can help him identify bad characters in the future. Just make sure your son is careful not to damage himself or career.

Educate Your Son On Bad Characters

Explain to your son that fame does not come easy and he should prepare himself for the possibility that this is not a legit opportunity. He may need to sort through multiple offers to find one offer that truly helps his career.

It doesn't matter if your son is 19, 21, 24 or 28, young men think they know everything. They haven't been tricked and scammed like you have in your life. They haven't experienced being told many times that an appliance will cost one price, only to see a higher price when it comes time to sign a contract. Try to encourage your son to see you as a trusted advisor, not someone who wants to interfere with him dreams.

Your son may be smart and "not a pushover" but there are more experienced people who can overcome his wisdom.

Young men work hard and are dedicated in the gym. In their minds, becoming an underwear model is a reward for all that hard work.

Just imagine if you hired the first contractor who emailed you without asking for references or even checking if the contractor was any good at his craft! They jump at the first opportunity they receive, without examining the details. When some stranger tells them what they want to hear, they accept everything obediently.

That is what happens when young men are too eager for the "big time." Their desire for adoration can often make young people overlook red flags.

Chaperones at the Photo Shoot

An ethical professional is not going to want a parent to attend the shoot as a "chaperone."

However, a bad character, definitely does not want a chaperone to attend the shoot. He wants to get your son alone, without his support system.

Do Not Call the Photographer

Negotiate Before Agreeing to the Shoot

Anything that should be negotiated should be discussed and agreed upon before the day of the shoot. This includes compensation, what your son will wear, where he will disrobe, the length of the shoot, who will attend, if video will be created during the shoot, when he will need to sign his name to any piece of paper, if he will be asked to pose nude, and which photographs he will be releasing rights to. If your son receives an offer at the shoot that he has not heard before, this is probably a planned tactic that the photographer wanted to conceal.

If nudity will be involved, it should be discussed thoroughly before agreeing to the shoot. It is the act of surprising a model by introducing an offer for nudity while he is standing alone in a studio wearing skimpy underwear that border on unethical.

If you want your son to have a positive experience, here are some tips:

Review the techniques and practices discussed on this site.

If your son is under 18, please encourage him to wait until he is at least 18. Underwear modeling is just too risky for a teenager.

Insist your son ask for references (from the photographer's past models) and insist your son contact these past models. Young people think references are uncool and an unneeded step. You know that professionals who have happy customers are more than willing to allow potential customers to speak with their past customers. The same applies to modeling. People who do not want to give references will boast they are so famous and might mention celebrity names they know of claim to work with. They will try to convince you that you should be lucky and grateful that they are photographing your son. Don't fall for this.

Make your son promise to show you any and all documents or agreements for your review (before agreeing to participate in the shoot). However, if there is nothing in writing - or he is told, "everything will be settled" at the time of the shoot - consider this a major red flag and rethink your involvement.

Don't make accusations or allow your son to make accusations. Be respectful. The photographer negotiating with your son may be a legitimate professional who is trustworthy. You will only know if you check his or her references.

If your son's shoot is held in your city, always drop off your son and walk into the studio to meet the photographer. However, do not stay. Ask where the nearest coffee house is - so you can wait during the shoot. Then leave.

If the offer involves traveling, you lose all control once your son gets on the plane. Review our sister site's advice on traveling for modeling.

Make your son promise to phone or text you if any new proposals are anything usual occurs on the set. If the shoot is in a different time zone, assure that you are awake and available at the time of his photo session.